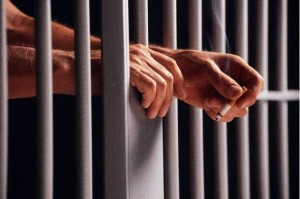 Over the years there have been a number of land scams in Thailand. The biggest and best known was the land scam in Samui where developers in Koh Samui has been selling /transferring more title deeds than there are on the island. The latest has the same problems except this time it is in Phuket. Take advice as ensure that before you buy any property in Thailand that you do a due diligence report on the title deed to ensure that the deed is correct.

If you are buying property in Phuket or any of the islands always ensure that before you sign a transfer agreement or place a deposit that you have done a due diligence report on the property. Hua Hin has not been a stranger to property problems either but they have never received national exposure to what Phuket and Samui has had before.  The only highlight that Hua Hin has had over the last 5 years has been developers who have not completed their projects leaving foreigners with lost investments.

”They did it as what you could call a ‘dream team’,” because the group was made up of key, mid-ranking land officials, including land surveyors, said PACC investigator Thanawat Sanitsakdi.  One surveyor is also believed to have been given plots of land as a reward from the former deputy governor. ”Five rai of land worth about 10 million baht were given to the surveyor’s wife,” Mr Thanawat said.

By law the forest need to be maintained however in the above case it was alleged that the forests had been damaged so as to justify the building on the land and to show previous occupation. This was done by planting rubber trees in between the native trees. some of the prime spots have been cleared and divided up to sell to foreigners.

The case is rather interesting as this has occurred in Thailand before in Samui. The Samui matter occurred and the foreigners who bought illegal land had been arrested and had their investment confiscated by the Thai government.

Officials from the Royal Forest Department (RFD) are conducting a survey to determine forest reserve areas on Samui Island after huge illegal encroachment and over-exploitation of the environment by tourist developments in hilly areas. This has been a major issue as more than 1,000 rai of forest reserve areas was being developed for sale to foreigners in the area. The forest reserves and also the sloped land in Samui is protect under the 1964 Forest Reserve Act which prohibits the sale and development of this land.

The area was surveyed again by satellite and all the property occupying the sloped lands and the forest reserves had been seized by the DSI from Bangkok later that year. Those how had invested in the land lost all rights and investment. The foreigners who occupied the land had later also been arrested as part of the fraud investigation.

If you are buying land in Thailand or any form of investment in fixes property be it land, housing or a condo unit. always ensure that you use a local attorney to investigate the property to ensure that a due diligence had been conducted and that all the paperwork is correct. Failure could end in an arrest, deportation and the complete loss of your investment.

Call us today or speak to us online for more information.

3 thoughts on “Land Scams in Thailand”